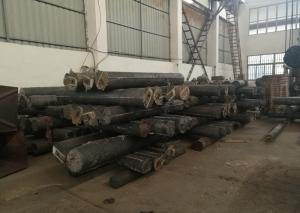 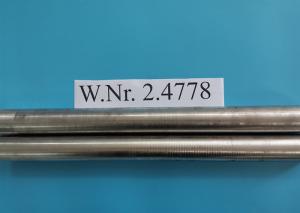 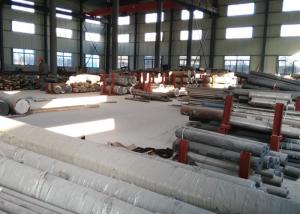 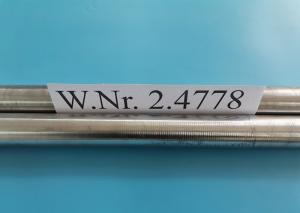 UMCo50 is a heat-resistant cobalt alloy with excellent thermal shock resistance and wear resistance performance. It has great strength against sulfur-and vanadium-attacks. UmCo-50 has higher melting point compared to other cobalt based or nickel based heat-resistant alloys.

For example, the alloy used for skid rails at a steel mill undergoes regular use at 1350°C.

Other alloys could not be used due to their low melting point in the application related to heat treatments and furnaces. But W.Nr. 2.4778 shows successful results.

An example of Chemical composition XUNSHI supplied to customer

Since thermal shock resistance was given first priority when developing W.Nr. 2.4778, this alloy shows far more outstanding thermal shock resistance than the popularly used 25Cr-20Ni stainless steel. For example, even after repeating the heating and cooling cycle (1000-water cooling-7 seconds) for 500 times, no cracking occurred. As a practical example, the alloy was used for four and a half years as a tray which was heated up to 1000 in a heavy oil furnace to quench various quenching agents. Hardly any cracking occurred in W.Nr. 2.4778, whereas the 25Cr-12Ni alloys were able to be used for only 8 months in average.

As for the wear resistance of W.Nr. 2.4778, hardly any deterioration was found after being used as a sintering bar for copper sulfide for 50 months. On the other hand, cast iron parts used till then were heavily corroded, oxidized and worn even though operations were conducted at 900, making them usable for only three and a half months.

W.Nr. 2.4778 can be welded together by arc or oxy-acetylene methods. When higher wear resistance is required, weld additionally with BISHILITE (HARDFACING ALLOYS). When welding W.Nr. 2.4778 to stainless steel or steel, MA-W welding rod can be used.

Thank you! Your message has been sent to the following suppliers.